A Stranger in a Strange Place: our latest audio drama with The National Archives 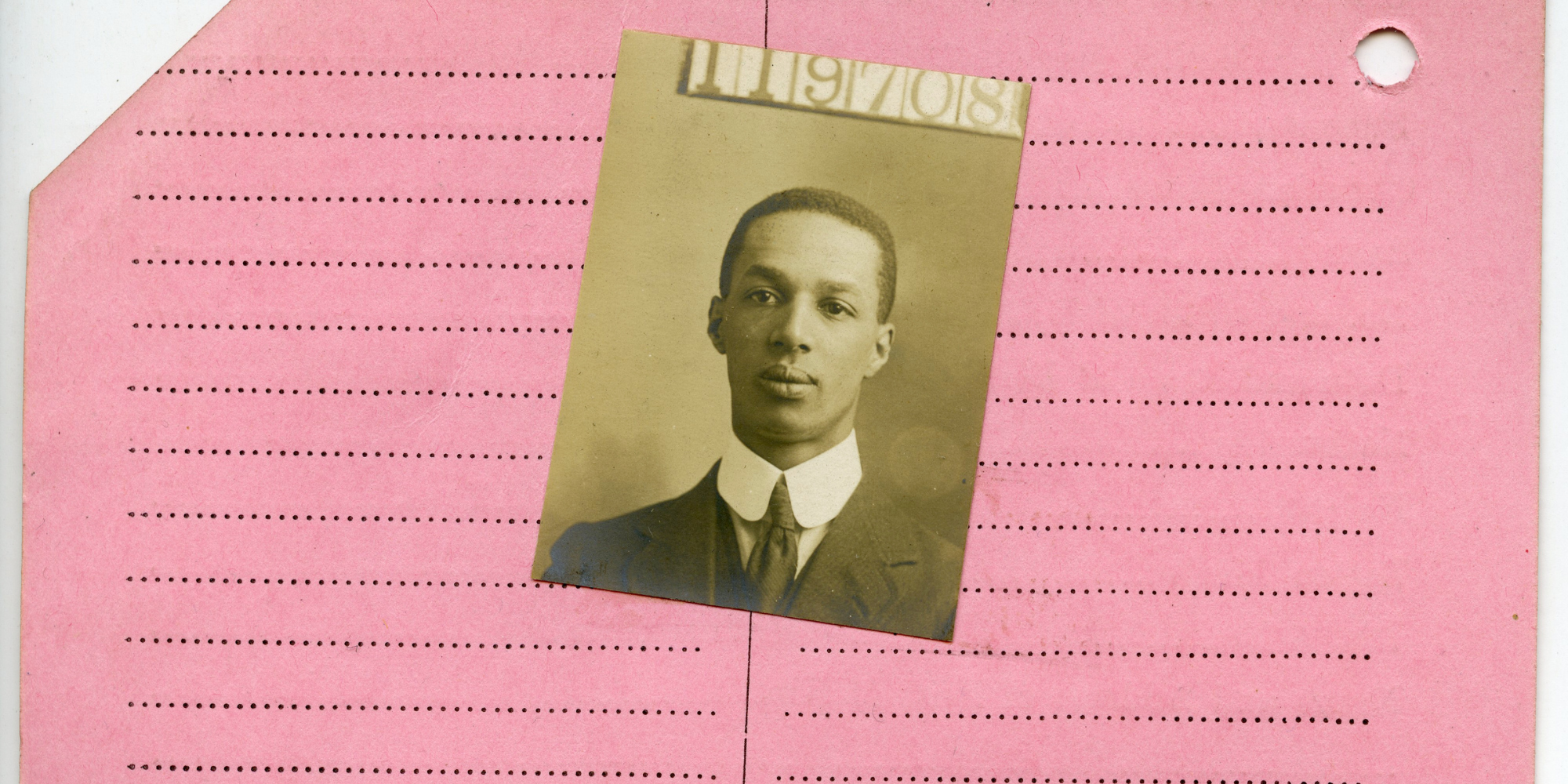 On Thursday 18th November 2021 at 7pm Tamasha will be launching its latest audio drama with The National Archives. Written by the playwright, Mel Pennant, it tells the story of a Jamaican seafarer and his marriage to his white wife, at a time when many from the Caribbean found themselves in a post-war moment, unable to find work or even a right of entry to countries around the world, on the basis of the colour of their skin.

A STRANGER IN A STRANGE PLACE is the latest audio play we have commissioned which follows on from ONCE BRITISH ALWAYS BRITISH, two short audio plays exploring the migration of Yemeni and Indian sailors to British ports in the 1920s. In turn, these plays build on a rich foundation established in 2016-7 when I and Fin Kennedy set up a collaboration between theatre and archives in which five playwrights visited the archives to be introduced to a collection of documents I had curated under the heading ‘Loyalty and Dissent’ to explore the complex stories surrounding South Asia and the First World War. The approach we pioneered then, still informs how we work. The aims remain the same: employing drama to widen and deepen our understanding of the past; and exploring at times contested histories with a degree of warmth and humanity. The outputs we have created are a lasting legacy for use in teaching and wider public engagement. 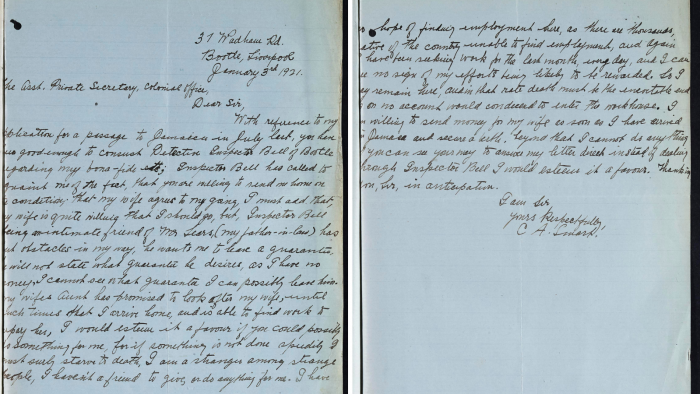 Writing to the Colonial Office in January 1921, Claudius Alexander Smart, states that he now feels ‘a stranger among strange people’. This is a poignant hand-written letter from a man who served on British merchant ships, worked on shore, settled and married in Liverpool and yet was finding himself with no option but to leave and return to Jamaica in the wake of the 1919 race riots. He expresses the personal costs this episode is having on him and his family: his desperation is evident as he highlights the fact that despite trying very hard, he cannot find any employment at a time when many other thousands are unemployed and he is doubly disadvantaged due to the colour of his skin.

We learn elsewhere that since getting married on 26th March 1920 in Liverpool, Claudius and his wife May, have had a very tough time. Shortly after marriage, a child was born and May, who is the daughter of Edward Sears, (a local business man) has refused to assist them. The story of their interracial marriage is described as a ‘sordid history’. And across the correspondence we hold it’s possible to read about the tussles that takes place around the thorny issues of repatriation at the time.

The opportunities for employment across the world and in many parts of Britain’s empire led men from Africa, Asia, the Caribbean and the Middle East to seek work in wealthier parts of the world. Those men who came to Britain were not simply aliens or foreigners but British. And for those from the Caribbean this was often even truer. Britain for them was the mother country and English was their mother tongue. They had grown up considering themselves British, as demonstrated in the letter in our collection from Jamaican seafarer James Gillespie who refers to himself as one of “Briton’s sons”. It was the war, and its fall-out that ultimately changed everything.

The rioting in 1919 was a marker for this change: the black presence in Britain first came to notice on a national scale, and there was much commotion about the right of black people to be in Britain. This in turn fuelled a political backlash which led to actions to repatriate men back to the colonies. This post war period drew out what Lake and Reynolds refer to as the betrayal of the idea of imperial citizenship (Drawing the Global Colour Line, p5). For men like Claudius Smart it was being made to feel an alien that was even more of an affront than the racial slurs they were subject to. As Claudius states: he felt like a stranger.

It was this sense of alienation that became the focus for Mel’s powerful new play, and how it contributed to a renewed struggle for racial equality and justice. Mel offers us a chance in her touching and powerful tale to explore some of the underlying emotions, which a simple reading of the archival documents can cover up. Her story uses flashback to draw out how challenging the situation had become for Claudius and his young family. Her play points us both to the resilience of the characters but also the bigotry, racism and injustices prevailing at the time.

Listen to A STRANGER IN A STRANGE PLACE via Zoom at 7pm on 18 November. Secure your seat.

Mel Pennant on A STRANGER IN A STRANGE PLACE