Q&A with Ragevan Vasan (I WANNA BE YOURS) 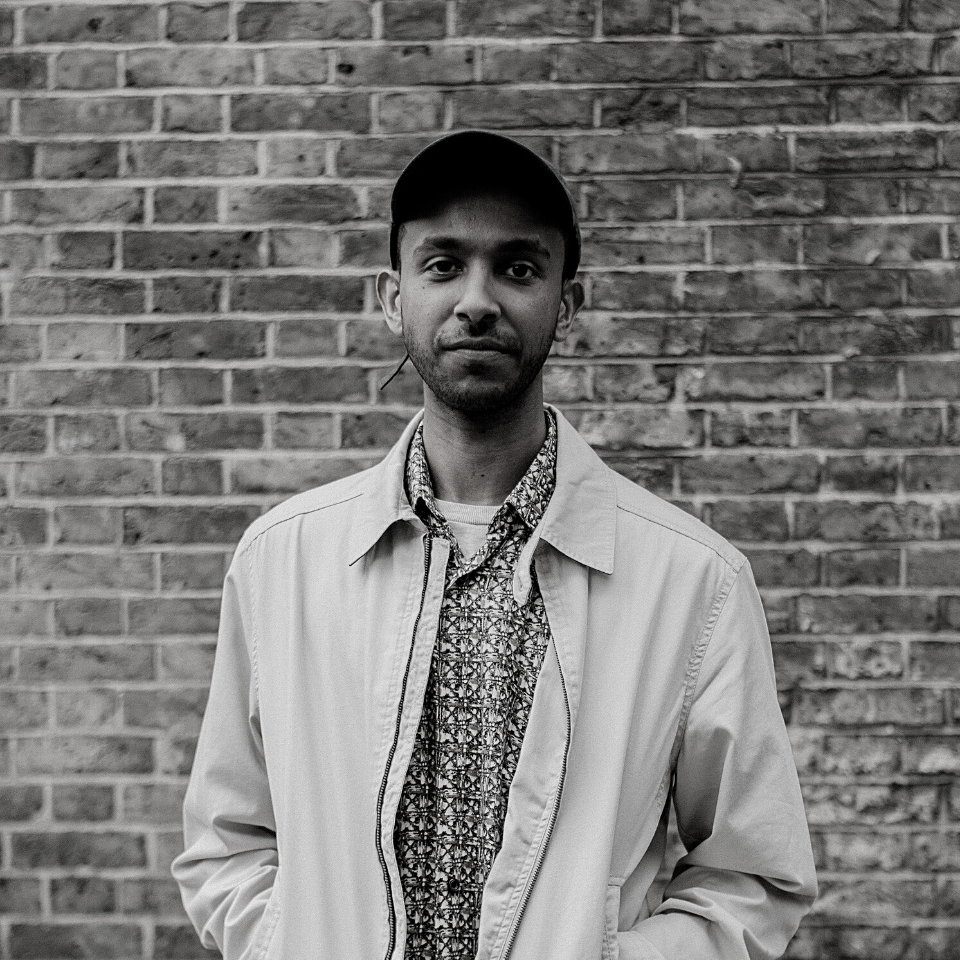 What is I WANNA BE YOURS about?

Ella and Haseeb. They recount their relationship and personal experiences with the help of Rachael (and sometimes to her).

How did you get into theatre?

My parents forced me into elocution classes as a kid (their experience as immigrants made them think that speaking well could give you confidence and a better chance in life). I’m not sure if it’s still a thing but it was quite popular in the British Sri-Lankan community during the late 90s-early 00s.

But actually, those classes taught me how to read and introduced me to drama, which became my favourite subject at school. I wasn’t a popular kid but when it came to Drama, people would tackle me to the floor to shotgun pairing up with me. Fights would break out, the teacher wouldn’t know what to do. It was havoc, but I was low-key gassed (with bruised ribs).

I didn’t know much about theatre until I was 15. My art teacher gave me a free ticket to see a play which an ex-student of hers was in. It was Danny Mays and the play was upstairs at the Royal Court; they had transformed the space into a dingy hotel room. My mind was blown, I was like ‘rah wow this is a thing? Look at how real it all is. People actually do this for a job? I’m in!’

Saying that, I resisted the theatre for a bit, I thought it was risky. I came back round though cos it made me feel good.

How did you get involved with Tamasha?

When I was around 15 and discovering theatre for the first time I decided one day to google ‘asian theatre company’. ‘Tamasha’ came up and I was like ‘cool- I want to work with these guys. This is the kind of theatre I could take my family too, they’d love it!’

I owe a lot to Tamasha. They were kind of my first ventures into the industry. The company has so many opportunities which I constantly signed up for. I remember taking part in some acting workshop (with directors Iqbal Khan and Kristine Landon-Smith). They were both very encouraging and those sessions were always inspiring. I also signed up to be an ‘observer’ in the development of a Tamasha play. I got to sit in the room and watch the writer, director and some actors develop the play and pitch in my own ideas/thoughts as well. It was such a brilliant way of dismantling the alienation which you can sometimes feel when you don’t know anything about the process of putting on a professional play.  I feel very fortunate to finally be in a Tamasha play, my 15 year old self would be psyched.

What attracted you to the role of HASEEB?

When I read race specific parts, a lot of the time I come away thinking, ‘yeah that didn’t make me feel good about being brown’. But Haseeb is the most emotionally complex character I’ve had the chance to play. He gets to fall in love and the love is reciprocated (also refreshing), and he experiences all the nuance that comes with being in love. It’s also so honest about how we experience race. I remember reading it thinking ‘er this Zia is a brave brother, can you really say this? Have they actually given you the green light on this one?’

It’s also so honest about how we experience race. I remember reading it thinking ‘er this Zia is a brave brother, can you really say this? Have they actually given you the green light on this one?’

I WANNA BE YOURS. Photo by The Other Richard

It’s also so honest about how we experience race. I remember reading it thinking ‘er this Zia is a brave brother, can you really say this? Have they actually given you the green light on this one?’

It’s the first time I’ve been involved in integrated BSL and it’s been flippin wicked. Rachael’s mesmerising to watch. She was there from the start of rehearsals. It was challenging at first because we could see the potential. We weren’t interested in her sole purpose being interpreting, it felt detached from us. We wanted to all tell this story together and once we truly surrendered to that, we found flo.

We were also lead by Anna Himali Howard (our director) who is a brilliant collaborator; she understands actors and we created a working language very quickly. It was a very open room where we could communicate any difficulties about the BSL process with ease. I hope all actors get an opportunity to work with BSL because so much of drama is about the difficulty of communicating one’s truth. Having Rachael there makes it so much richer (and easier; she does half my job for me). I’ve probably forgotten how to act without it.

Do you ha​ve a favourite moment in the play?

Nah, too hard to pick.

What was touring I WANNA BE YOURS like for you?

A blur. But a great blur. Performing in a different city everyday for 6 weeks isn’t as tough as I thought it would be (but a lot of that is down to Alice; big up our company manager). The venues were welcoming and excited to have us.

We rehearsed and opened in London and I was nervous about going to cities around the country which were predominately white and saying some of the things my character says. ​To be made aware of your race, to be called ‘white’- it can be quite confronting if you haven’t experienced that before.

A lot of the play speaks directly to the audience and I don’t buy it when people say ‘you never know what the audiences are thinking’. When you look at someone directly in the eye, you can tell whether they’re vibe-ing you or not, and it can completely shift your energy in how you tell that story. And that can feel problematic. Sometimes there would be an underlying feeling of ‘ok, maybe I have to explain myself here’ but that instinctively felt wrong. Like, why am I apologising through these lines? Why am I feeling like I have to re-interpret this text? Ok, there’s one person here who gets it so I’m gravitating towards you but now I’m feeling like I’m not sharing the story. I don’t want to be a spokesperson and the play doesn’t want me to do that either so why am I suddenly feeling that now I’m in an environment which feels a bit detached?

Anna really helped me with that and it always came back to the character’s truth. Getting to make direct connections with audience members is a massive gift. That’s why this show has never once felt the same, which keeps me sane and constantly inspired.

I also learnt a lot from conversations we would have with people after the show. Something which came up a lot (and continues to) is how refreshing it is to see the play tackling race and discrimination without anger and with subtlety, tenderness (those kind of words). I sort of get it and I’d think ‘ok, let’s not challenge that because that is your experience’ but ultimately, I think it reveals more about the person and how they want race to be portrayed. Like it is only palatable when communicated in a certain way? What does that say about the way we choose to listen to and interpret ideas surrounding race?

I will admit I absolutely loved being out of London for a bit though. It was calm. I think I might need to move by the sea or into the woods.

Did you have a favourite venue on tour?

Remember that blur I told you about…We did perform in a record-shop-by-day-theatre-by-night in Ventor, Isle of Wight. That place was sick. The audience were sitting on sofas and arm-chairs; it kind of blended into our set seamlessly. It felt very communal.

How does it feel to be bringing the play to the Bush?

For me, it feels like a homecoming. A lot of this play speaks about London and living in this city so if you know, you know (however, I’ve discovered that north-south wars exist in all cities. People are fierce over their territories. We are animals). The Bush studio is very intimate and we’re in thrust; I can see everyone in most directions, there’s no hiding, but that’s completely right for this story. The play feels very clear in this space.