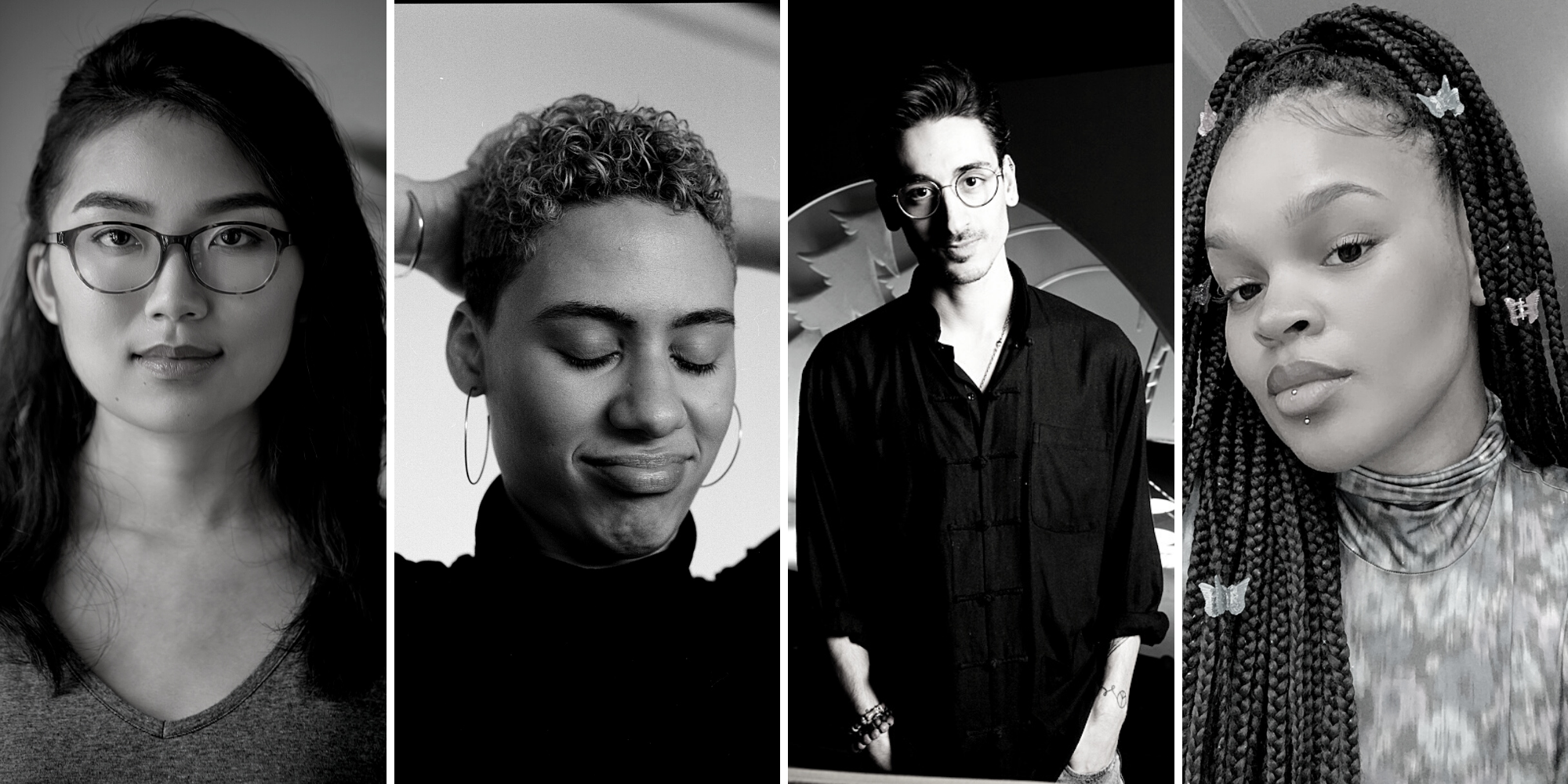 Four of our beaut Tamasha directors, Zhui Ning Chang, Esme Allman, Omar Khan and Abigail Sewell, tell us what tracks have kept them going during these last few months. Heads up – Jazmine Sullivan seems to be a fave…

Joe Hisaishi – Summer
Japanese composer Joe Hisaishi scored much of Studio Ghibli’s filmography, which I grew up on, and I strongly associate his distinct, minimalist style with my early imagination and storytelling. I particularly love the whimsical quality of this track, and its progressive layering of instruments. I find instrumental music a great focusing tool when I’m writing or planning a creative activity, and Hisaishi has seen me through a few challenging projects. Listening to it always reminds me of the magic of sharing stories with people.

Namewee feat. Wang Leehom – 飘向北方/Stranger in the North
Someone else that comes to mind is Malaysian singer-songwriter Namewee. He’s a controversial figure on the local entertainment scene, but his skill with lyrics keeps blowing me away. The rhythm and rhyme is incredible – this track, about migrant workers in Beijing pulled between home and elsewhere, is mainly performed in Mandarin Chinese but he crosses languages in some of his other work. It’s a bop!

Jazmine Sullivan – Let It Burn
I recently discovered with a theatre friend of mine why we love Jazmine Sullivan’s music so much: It’s because she takes on different characters and personas in her music. As well as the sheer technical flair of Sullivan’s vocals on this track, listening to someone sing about love and comparing it to being consumed by literal flames…what’s not to be inspired by?

Isaiah Rashad – Why Worry
Why Worry is a short track where the sampled lyrics ‘Why Worry?’ are repeated against his rapping. Isaiah is a fantastic lyricist and the busyness of his verses are put into perspective with this repeated question. The horns are uplifting too, which I love.

Eyedea & Abilities – The Dive (Part 2)
A lot of the work I’m interested in explores the blurred lines between the abstract and the emperical; thoughts and reality. Michael David Larsen (Eyedea) had a unique ability to articulate his esoteric musings in a concise & poetic way. Whenever I am writing something that requires exposition, I always find myself going back and listening to his lyrics, and being inspired by their beautiful eloquency.

Grinderman – When My Baby Comes
Nick Cave is one of my favourite artists, and his work with Warren Ellis in Grinderman is just so veraciously powerful, it never fails to recharges my soul. I’ve spent many mind-bending hours lost in this track, soaking up the beauty in the journey it never fails to take me on…

Jazmine Sullivan – The Other Side
Phew, this track right here is a gold digger’s anthem. So we know that Jazmine Sullivan is a beast with the vocals, but it’s her lyricism that I’d like us to get into today. The protagonist of The Other Side is a woman who’s stuck in a job she hates, scraping together just enough for rent and dreaming of life on ‘the other side’. A life full of ‘diamonds, cars and trips’ funded by her rapper boyfriend.

Jazmine’s storytelling is visceral and she has this incredible ability to paint with her words. When I hear the song’s epic, luxurious chorus, I so clearly see myself in a presidential suite dripping in diamonds. Like Jazmine, I too have dreams to buy expensive things. But that’s not the only reason that this song inspires me.

We can’t really review The Other Side without talking about the rest of Heaux Tales, as the EP is a package. The project’s 7 unskippable tracks are spliced with 6 ‘Heaux Tales’ from women talking that real. As Antionette reminds us in her tale, ‘we’re out here telling them that the p*ssy is theirs, when in actuality, it’s ours’. The project is a call for women to take ownership of their bodies and embrace their sexuality.

Heaux Tales features accounts of drunken one night stands and tales of cheating, freaking and simping. These stories aren’t new, but it’s their framing and an absence of the male gaze that’s so unique. These women are speaking for themselves and offering their raw, honest and unapologetic side of the story.

The project is meticulously structured so that before each song, we’re presented with a skit, or ‘Heaux Tale’ that offers a backstory to the song that follows. Before The Other Side, we meet Precious and hear her tale of why she’s not interested in men who aren’t able to support her financially. In her words: ‘My childhood plays a big role in this. Me not having stuff as a child. Me wanting more out of life’. The typical dialogue around ‘gold digging’ is simplistic and reductive. Heaux Tales encourages us to consider nuance and presents the humanity of women who are typically objectified.

There are countless reasons that Heaux Tales inspires me. When I listen to the project I see it play out in my head so clearly, just like a movie. Many parallels can be drawn between the techniques of Jazmine Sullivan’s artistry and that of great film and theatre. There’s a slight distance between Jazmine and the stories that she tells, as she offers a rich characterisation that feels almost satirical. Throughout the project, Jazmine empowers Black women, subverts expectations and encourages listeners to challenge what they subconsciously have accepted as truth. I want to create art that does exactly that.

If just one of you listens to this song as per my recommendation then I’m definitely going to heaven. Just promise you’ll start the project from track 1 (and DO NOT play on shuffle).

P.S if anyone reading this knows Jazmine Sullivan or Issa Rae can you tell them that I love them and would die to work on the Heaux Tales short film!! 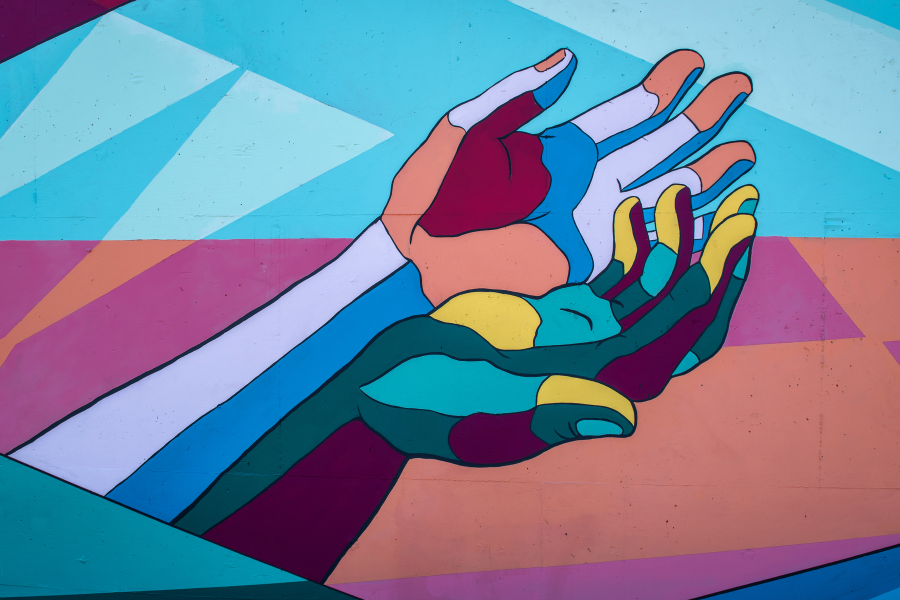 Care and Connection in Crisis