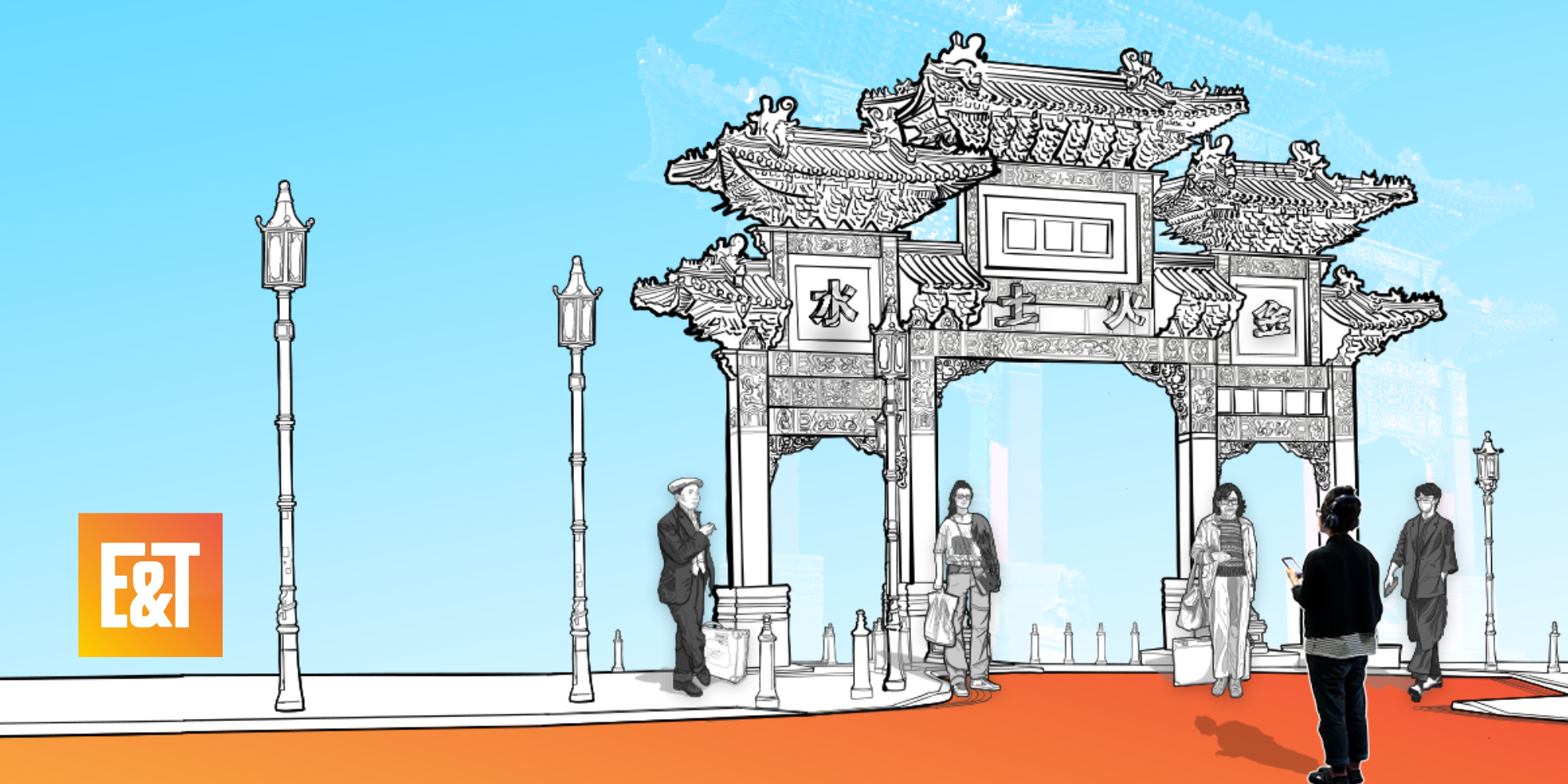 In the run-up to the release of the latest ENDS & TALES (E&T) smartphone adventure, 10 Thousand Heartbeats: A Local’s Guide to Liverpool Chinatown 一 異國 · 龍鄉: 一部利物浦中國城的指引 we sat down with Tamasha producers, Tuyet Huynh and Debo Adebayo to spill all the tea…

In a nutshell – what is ENDS & TALES?

DA: ENDS & TALES is a series of audio based and immersive smartphone adventures done on foot, inspired by untold stories and histories of people of Global Majority heritages.

What inspired the creation of ENDS & TALES?

DA: At its heart, Tamasha’s mission is to support, develop and champion global majority artists to craft stories that provoke, and inspire. There are very few places that allow global majority groups and often marginalised communities to be at the helm of a narrative about a place they call home; this is what we wanted E&T to do. The adventures are informed, inspired, performed and sometimes written by its community working collaboratively with Global Majority artists.

In the last few years, and pre-pandemic, one of our aims has been to explore how we can integrate digital storytelling into our programme whilst being experimental, informative, and thought provoking in telling meaningful, relevant stories. A project, where local community histories and voices are central to creating and telling those stories combined those aims. A phone-based adventure also felt more accessible than a theatre and would allow more of each community to take part and play.

Our initial plans for E&T to be an audio walking tour were raised when Coney, our E&T partners who are specialists in devising interactive and game-based experiences, showed how E&T would be an adventure that people could play, whilst using user-friendly technology.

The first adventure was in Brick Lane. What made you decide on Liverpool Chinatown for the next one?

TH: Liverpool Chinatown is an ethnic enclave home to one of the oldest Chinese Communities in Europe that has the largest, multiple-span arch of its kind outside of China. I lived in Liverpool for four years during my studies at university and I always remembered it as a place that I was able to feel ‘home.’ When I had my interview for Tamasha and was asked to pitch an area and a community to explore that was outside of London, Liverpool Chinatown was the first thing that came to my mind. As soon as I started to research into the area and its past residents, I was astounded that I had never even heard of half the stories I uncovered so it just made sense that this was the place where Tamasha & Coney had to go to next.

What is the purpose of a project like 10 Thousand Heartbeats?

TH: The purpose of a project like 10 Thousand Heartbeats and many others that sit under the series of  ENDS & TALES is to work with local communities across the UK and make connections with them and the area they have called and/or still call home. The process in the making is to discover and reveal the secrets and treasures, including its hidden or unknown people, places and stories to other groups/individuals coming into the area as outsiders. This aims to create a better understanding of local communities, despite their long histories in the area that are usually overlooked from mainstream art and media discourses. Each adventure will have its own feel to it, but they will all share a magical realist theme where fact and fiction are blurred to immerse our adventures into stories where they can learn as well as carve a pathway to find the soul of the community/area.

Can you tell us a little bit about the name (10 Thousand Heartbeats)?

TH: The title is directly linked to the main story arc of the adventure. Without revealing too much it plays on one of the core purposes of the project which is making connections. With this specific adventure in Liverpool Chinatown the connections that are made in and around the Paifang (Arch) enables one of the characters to release something magical into the world, so the adventurer plays an especially important role in this experience 🙂

How did you go about working with the Chinese community in Liverpool?

TH: After working in the creative industry for nearly 10 years I have made strong connections and built a vast network in the British East & Southeast Asian Community (BESEA). On the back of that I was able to reach out through actors, writers, friends, producers, and directors to see who lived or is originally from Liverpool as a starting point. Independent research online and talking to those I already knew gave me a solid foundation of what stories existed and what could be investigated further.

In addition, since Tamasha are based in London; we felt the importance of having someone who is intricately connected to the community to work on the ground and build the relationships to engage community members to be actively involved with the project. We engaged with a Community Ambassador who is of Chinese Heritage and had already done a lot of work with the older and younger generation. It was a perfect match as she was able to develop and expand on the existing research we initially carried out and was able to point us into other directions and conversations that were eventually used to inspire the stories that exist in the adventure of 10k.

We also made it a priority to curate the core creative team to be British Chinese as well as the actors to deliver an authentic and honest piece where it reflected the very community that inspired the stories.

Who is this adventure for and why?

TH: This adventure is for everyone.

What would you like the adventurers to take away from this experience?

TH: To engage and connect to an area that was not once visible to them and interact with local businesses and people who have a place they once and still call home.

What does the future look like for Ends & Tales?

TH & DA: Our aim is to keep searching for untold stories in cities and towns across the UK. We will continue to work closely with the communities in the specific areas and give them a platform to share their stories. Our next city is Bristol.

Experience 10 Thousand Heartbeats from 5 May until 31 July. The adventure begins at Unity Theatre, Liverpool.

A Stranger in a Strange Place: our latest audio drama with The National Archives