Becoming a Tamasha Associate Company is an informal one-year attachment, during which you will benefit from the professional expertise of our core team, our office space, and our industry connections to guide you on your professional development as an organisation.

The package of support you’ll receive is bespoke to each company’s needs, but may include advice on fundraising, marketing, dramaturgy, budgeting, or finding venues and appropriate collaborators.

At the end of your year with us, Tamasha dedicates one of its Scratch Nights to showcase works-in-progress from each Associate Company to an audience of public and industry professionals.

Discover more about our 2022 Associate Company below. 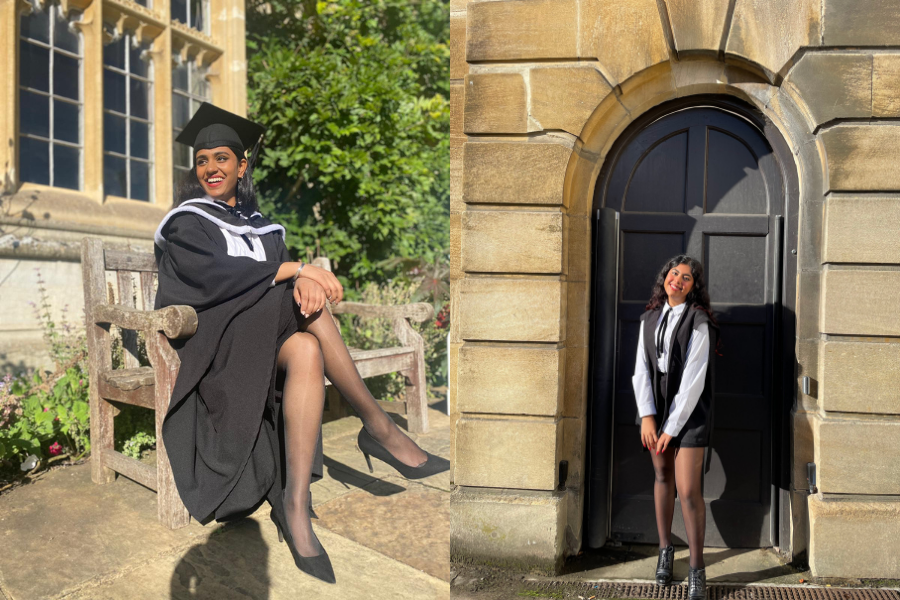 Haldi & Co Productions represents a community of working-class, queer, and first-generation South Asian students from the University of Oxford. Our co-founders, Amira Izhar, a Bengali-Moroccan North West Londoner and Neetu Singh, a Punjabi East Londoner, were desperate to address the lack of inclusivity within the university’s drama scene during their undergraduate years. Despite COVID-19’s disruption and their final exams fast approaching, sharing real and honest stories became a matter of urgency and in 2021, with an army of women, we made history, performing the University of Oxford’s first ever original script, written by Neetu, by a cast and crew of only South Asian women.

Amira Izhar is a working-class Bengali-Moroccan, grew up in North West London and graduated from the University of Oxford in 2021 with a BA in English Language and Literature. She is the co-founder of Oxford-founded Haldi & Co Productions, was Assistant Director of our first production and is currently completing a BT Global Graduate scheme. She lives in Bristol, enjoys vegan food, poetry and is an aspiring actor and director.

Neetu Singh is a working-class Punjabi, grew up in East London and graduated from the University of Oxford in 2021 with a BA in English Language and Literature. She is the co-founder of Oxford-founded Haldi & Co Productions, is the writer and director of our debut production What Happens When Your World Break Downs and is currently assisting directing Kabul Goes Pop at Brixton House Theatre. She lives in East London and is pursuing a Masters in Creative Writing at the University of Cambridge.

Since 2016, we have proudly supported the following Associate Companies in London and Plymouth with many going on to receive Arts Council funding for their projects and productions.