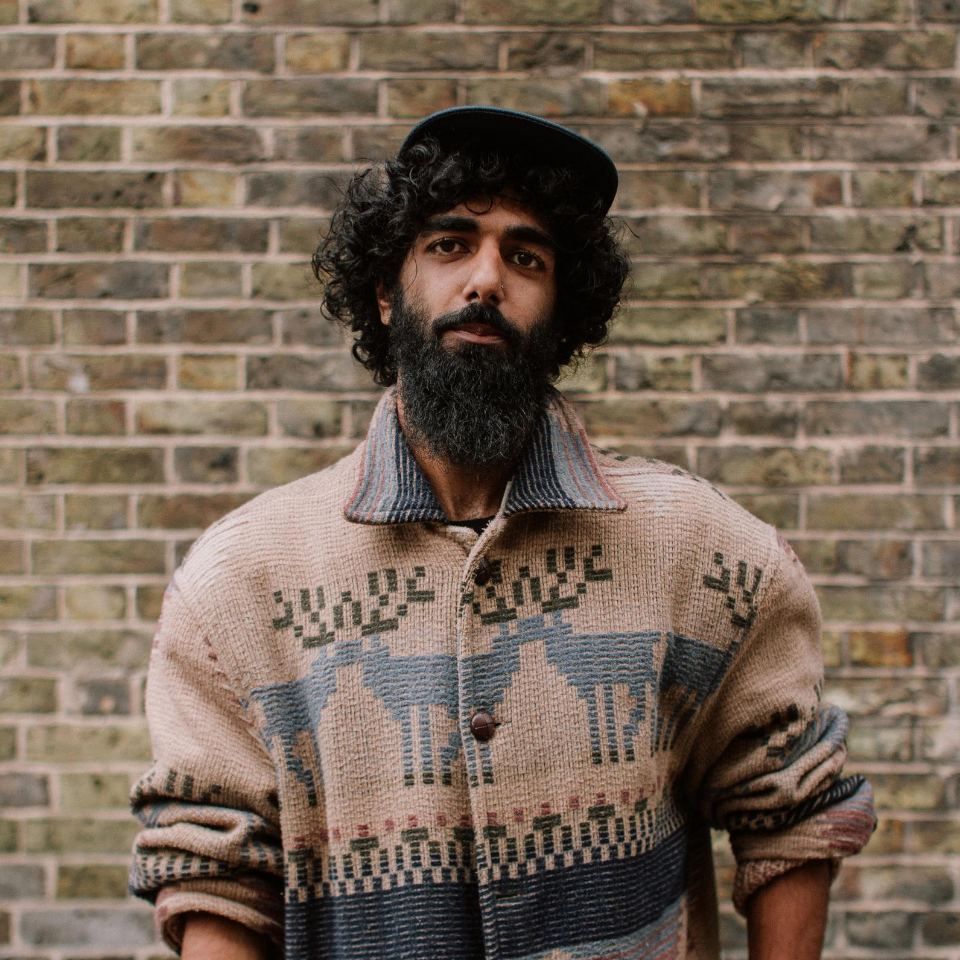 We asked playwright Zia Ahmed a few questions about I WANNA BE YOURS – currently touring nationwide and coming to the Bush Theatre 04 December – 18 January.

How did the commission of I WANNA BE YOURS come about?

this felt like doing a spoken word piece so thought why not apply?

+ my sister too mediah ahmed

Tell us what I WANNA BE YOURS is about

i wanna be yours is about haseeb + ella going through their relationship from first meeting to the present. they tell the story to and with rachael who follows their story with them + all the people + spaces they have to navigate together + apart

Now tell us what it’s really about! Is it a love story or a political play or both? If both how do you achieve that balance?

it’s about what home means to both of them

+ the things they experience as a couple impact them as individuals

love does not exist in a vacuum

love is affected by the real world

+ love includes it all

a love story can’t be apolitical

for me balance comes having everything as one

overlapping connected + not separated into

this part is love

this part is political

this part is + so on

How did you decide to become a poet and playwright? And which came first?

poetry is probably the path that got me to this play

but theatre led me to that path in the first place

i was part of youth theatre groups

heat&light at hampstead [ got closed down ]

at royal court i met sabrina mahfouz [ sabrinamahfouz.com ] at a writer’s group

she invited us to come to a uk slam

that was my first experience of performance poetry

+ the immediacy + intimacy + variety of voices within it all

then the come to where i’m from call out came

How does your background as a poet feed into your playwriting? You’re also a Poetry Slam champion – how does being a performer inform the way you write characters?

being part of the roundhouse poetry collective

one of the first pieces of advice from steven camden aka polarbear [ bearstories.org ] was

‘write for the sound of your own mouth’

[ maybe paraphrased but it’s how i remember it now ]

it was always about us saying what we want to say

it will say things i want to be talked about

there are bits with are obviously rhythmic

but there’s not much punctuation in the script

cos i wanted the director + the actors work out rhythms

a rhythm that is more for themselves

+ it feels more fun that way

seeing the choices they make

How much of your own experience mirrors Haseeb’s?

haseeb is a british pakistani poet from north west london

experiences i’ve had are fed into haseeb’s story

so no matter how much or how little is actual happenings

it’s all things i’ve wanted to talk about + dissect

it’s all based on real feelings + impulses for conversations

What else are you working on right now?

working on a commission for hopefully a second play

+ i am also on tour with sarathy korwar at the moment

two poems i wrote are part of tracks he’s made

which i’m performing at his shows

Trax That Inspire Them: Mandeep Gill (a Lotus Beauty special)