Out Of The Woods – Stories, Identity and Agency 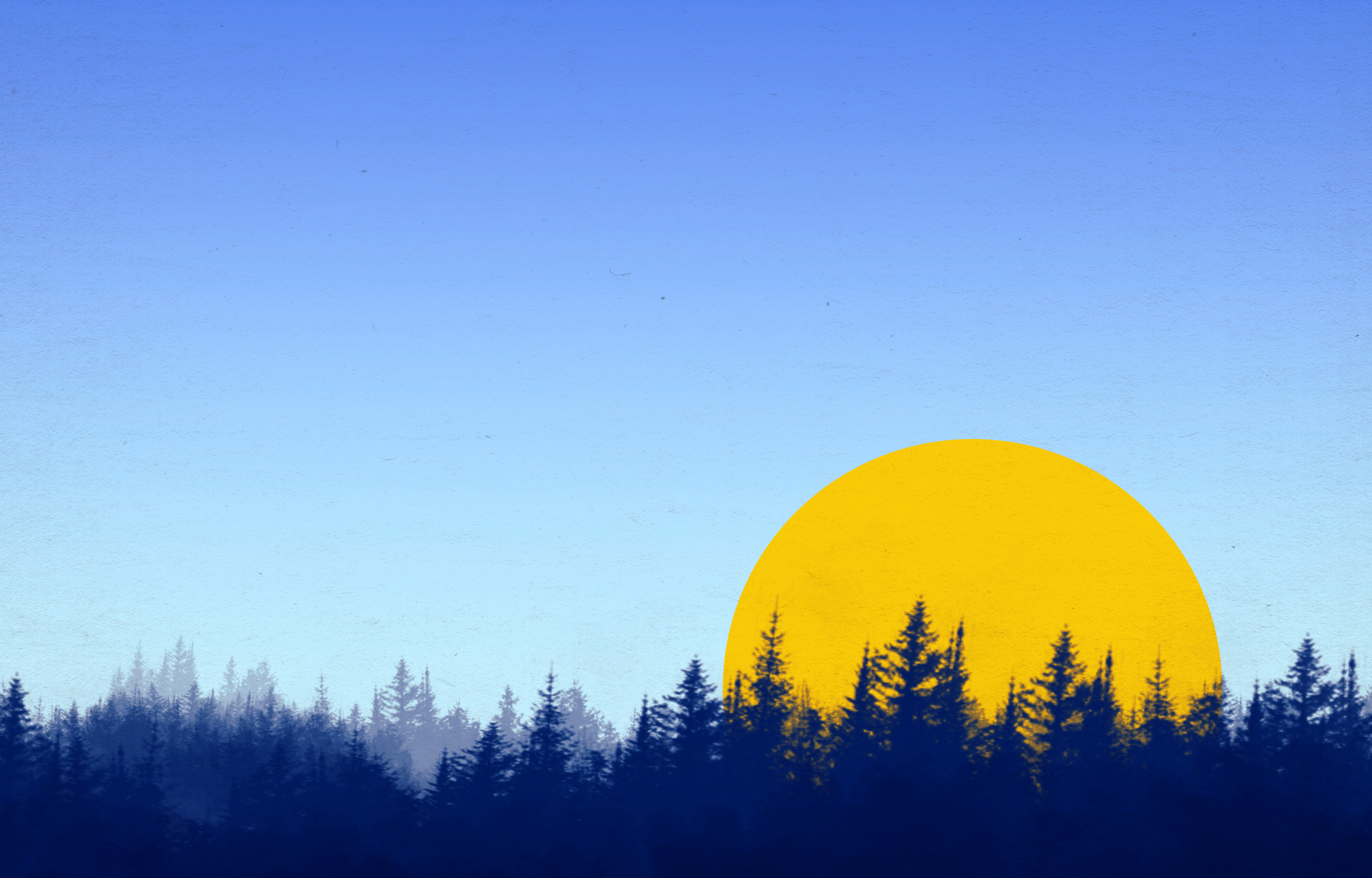 June sees the launch of a brand new podcast, supported by Tamasha: Out Of The Woods – New Plays from the Balkans

The first series focuses on Kosovo, and presents three brand new audio dramas from or inspired by the region, two of them by first time local writers from Pristina, the other by a British-Bosnian writer, Miran Hadžić, a former member of our very own Tamasha Playwrights collective, who we’re also supporting as producer.

Although new, these plays and the podcast brand they’re launching have a long and interesting history. All three connect back to a play of my own inspired by the overlooked but fascinating Balkans region.

Back in 2016, BBC Radio 4 approached me with a tempting offer – to script a new series of short dramas using some unreleased songs by musician PJ Harvey as a starting point.

Harvey, one of our greatest living singer-songwriters, and a hero to my generation of 1990s indie kids, had visited Kosovo during the research for her last album, The Hope Six Demolition Project. She was following a hunch that the former conflict zone would hold some inspiring people and stories for an artist long interested in the intersection between music and politics.

She was right. The songs she crafted in response were a haunting and powerfully moving set of meditations on grief, loss and renewal, from a region which had seen some of Europe’s bitterest fighting and most distressing examples of ‘ethnic cleansing’ since World War Two.

But, as I found when I followed in PJ Harvey’s footsteps and visited the region myself, there’s another story to Kosovo too.

Kosovo is Europe’s newest country, achieving independence only in 2008. Although 90% of the population identify as Muslim, many of whom experienced systematic persecution during the war, there is no official state religion, and the people there wear their faith lightly.

Like all countries with a troubled past, it is not without its problems. But actually, the most noticeable thing when you visit is its immensely youthful, creative and vibrant population. Literally half Kosovo’s population is under 25, with a median age of just 30.

This is largely due to the travel restrictions this population experiences. Kosovo is not part of the European Union, and not recognised as a country by some major European players, notably Spain, who has its own restive, breakaway region in Catalunya. As a result, travel visas to live and work abroad are hard to come by for Kosovo’s young population, so instead, they bring the world to them. Kosovo hosts the largest amount of domestic arts festivals in Europe, with near constant, year-round celebrations of music, art, literature, film, theatre and other art forms. Foreign artists and organisations are regularly brought in to perform domestically, in place of Kosovans being able to travel.

These networks ensured that my BBC director, Nadia Molinari and I, were warmly welcomed. As a result of our trip, I was inspired to write On Kosovo Field, which I hope is a fitting tribute to all that the country has been through, while also offering some hope for the future.

As a writer, I’ve never really written about myself. Instead, I made my name putting my skills into the service of overlooked communities, most notably British-Bangladeshi girls via Mulberry School in London’s East End. This sometimes raises some ethical dilemmas.

At Mulberry, all the plays I wrote were co-created with students, who performed them at the Edinburgh Fringe in sometimes award-winning productions. The host community here clearly got a lot out of it.

On Kosovo Field was similar but different. While I was telling a region’s very personal story, with a mixed cast of British and Kosovan/Albanian actors, it wasn’t from the same embedded residency process. I ended up feeling uncomfortable about essentially mining another country’s trauma for personal gain. Having visited Kosovo twice, I was also struck by the dearth of opportunities for emerging writers from the region.

The solution I came up with was to accept the commission but give Tamasha the fee, on the proviso that the funds be ring-fenced for an ongoing international collaboration with Kosovo and Kosovan artists. 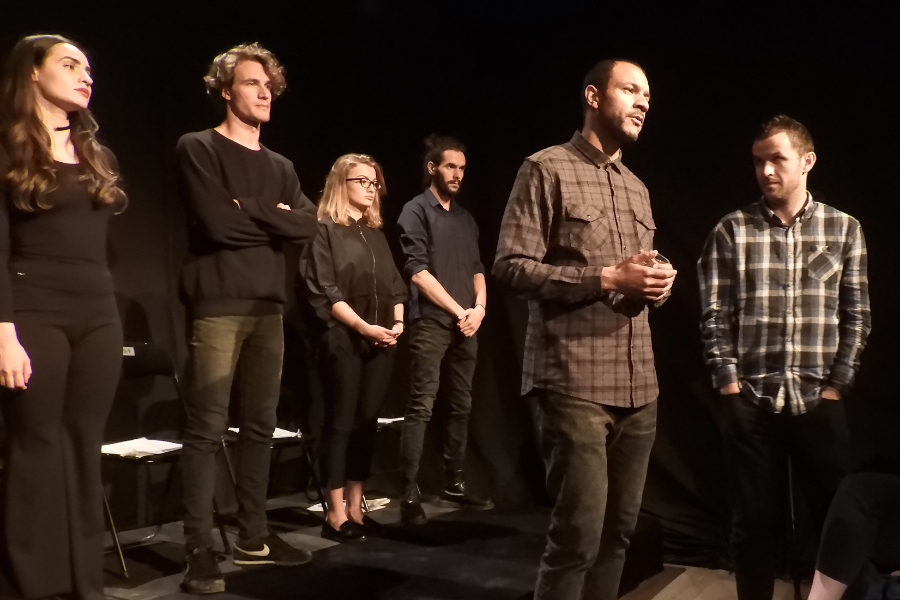 With my producer head on, this was also a form of fundraising. Suddenly we had a budget for some interesting new work. Over the years, this funded a return trip to Kosovo, in which I teamed up with a writers’ group run by local theatre company INTENT, for whom I ran several radio drama writing workshops, and dramaturged the results. With some additional fundraising from Tamasha’s savvy Lead Producer Debo Adebayo, the budget also stretched to a visit for him and Miran Hadžić in 2018, in which they scoped out Kosovo’s audio infrastructure for homegrown work, and forged links with several radio stations, record companies and universities, to help develop and host future, more locally-owned and led projects.

Part of that trip involved commissioning Miran to write his own audio drama in response.

Miran, a Bosnian heritage writer born in Sarajevo, but who fled with his family aged two to escape the war engulfing the region, had been particularly moved by On Kosovo Field, which has two child refugees as its protagonists. We teamed Miran up with a well-known Kosovan composer, Trimor Dhomi, to mirror the process I had gone through with PJ Harvey, in using music as the creative starting point for a plot.

It worked. Miran’s smart and funny dystopian satire Fifth Dimension, the inaugural episode for Out Of The Woods, cleverly relocates its action to contemporary Britain, using the breakdown of the former Yugoslavia as inspiration for a subtle allegory about something similar taking place in a post-Brexit UK. (It actually turned out to be disturbingly prophetic).

In addition, two of the Kosovan writers I’d been mentoring had come up with their own witty and provocative audio dramas – Nude by Ulpianë Maloku and Where Is Mr President? by Agnesa Mehanolli – which together with Miran’s, make up Series One of the Out Of The Woods podcast. 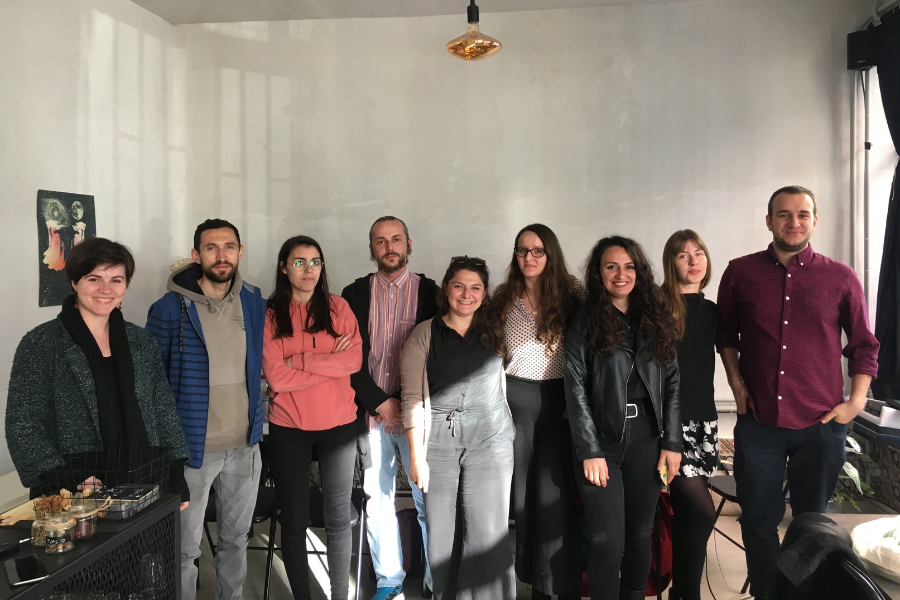 What I love most about the Kosovan plays, is that neither mention the war or Kosovo’s troubled history at all. Instead, they look to the future, and also to the everyday, and in so doing genuinely feel like the voice of a new generation, who don’t even remember the war, and who just want to be artists, telling whatever stories they want, just like their peers across Europe.

Meanwhile, Miran had risen to the challenge of the writer-as-producer (a model I have long believed gives unusual agency to culturally specific storytellers) and successfully raised the funds to produce all three plays, from Arts Council England. Now that this initial tranche has been made, raising the funds to commission and produce more will hopefully become easier, including Albanian language versions for local release in Kosovo and beyond.

It’s this that I hope OUT OF THE WOODS will achieve. In founding a new, permanent platform for a region genuinely coming of age, and moving beyond its past, it’s potentially a powerful case study of the role of arts and culture, and in particular narrative drama, in national renewal, empowering marginalised regions and their diasporas to take control of their own stories, and with it, their real-world futures.

After everything Britain has been through these past few years, we could learn a lot from them.

Out Of The Woods: New Plays from the Balkans, will premiere at Refugee Week 17-20 June as a series of free gathered listening events online, with post-show panels with the creative teams.

Say hello to our PRODUCERS FIRST